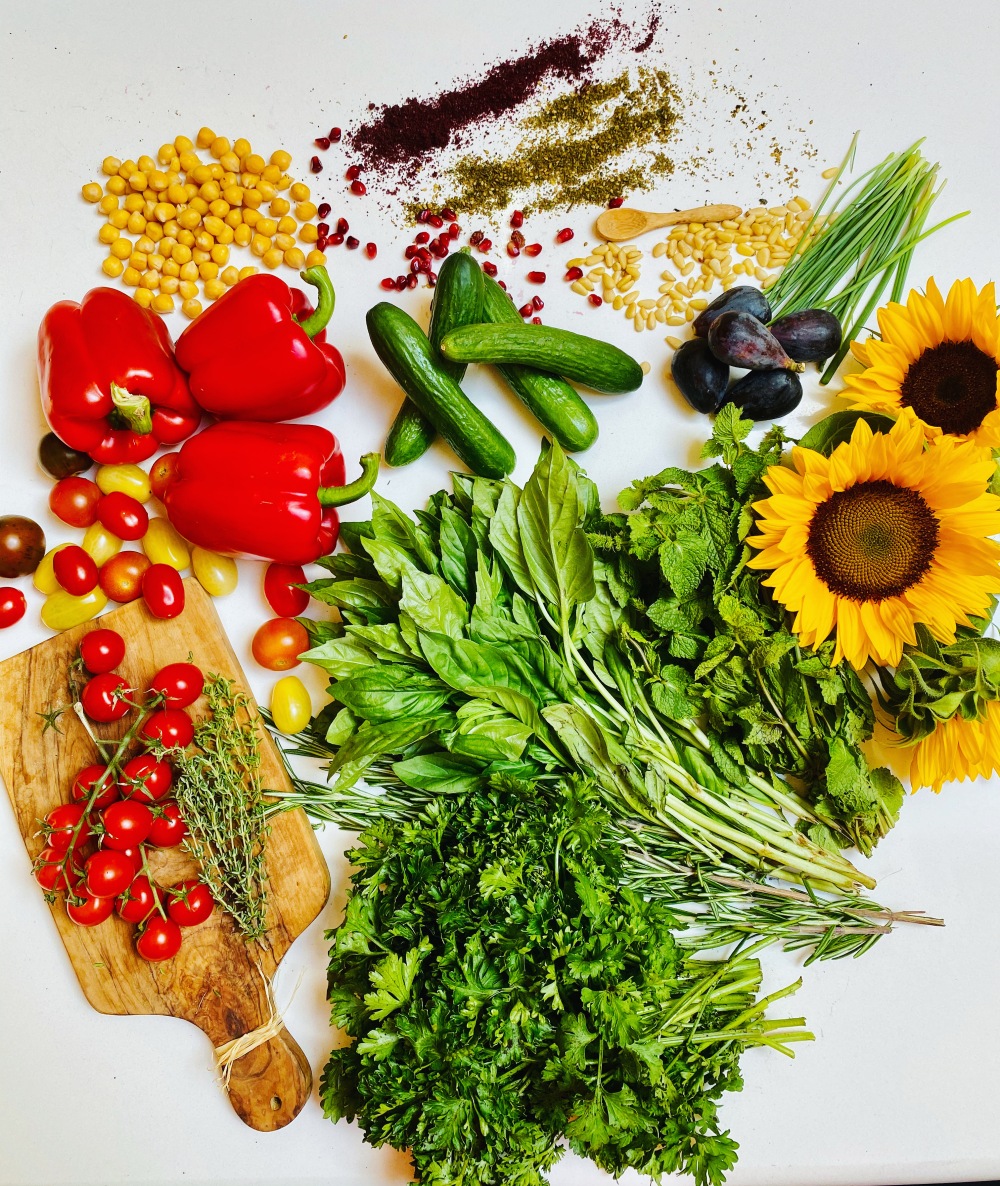 I call it my essential Jerusalem pantry, even if I no longer live in Israel. Many of the country’s quintessential dishes are made with the same core group of spices, herbs, sauces, oils and jarred goods which in many ways represent the essence of the country’s food. These components appear repeatedly in the Middle East culinary cannon.

If you don’t already have these items in your kitchen, it’s worth the modest investment to purchase them since they figure in many if not most of my Galya Loves Food dishes. Fortunately, as they’re only used in small to moderate amounts, you won’t have to keep returning to the store to replenish your supply often.

For me, they exist in my pantry in harmony – their colours, aroma, textures and flavours complementing each other. With just these ingredients as a base, I can create a plethora of wonderful dishes. Most simply, I will put a plate of fresh bread with olive oil and za’atar on the table and my family is in heaven.

The ingredients below, many of which have significant health benefits, can be found at most good grocery stores with international or ‘gourmet food’ sections, as well as on Amazon and other online marketplaces. 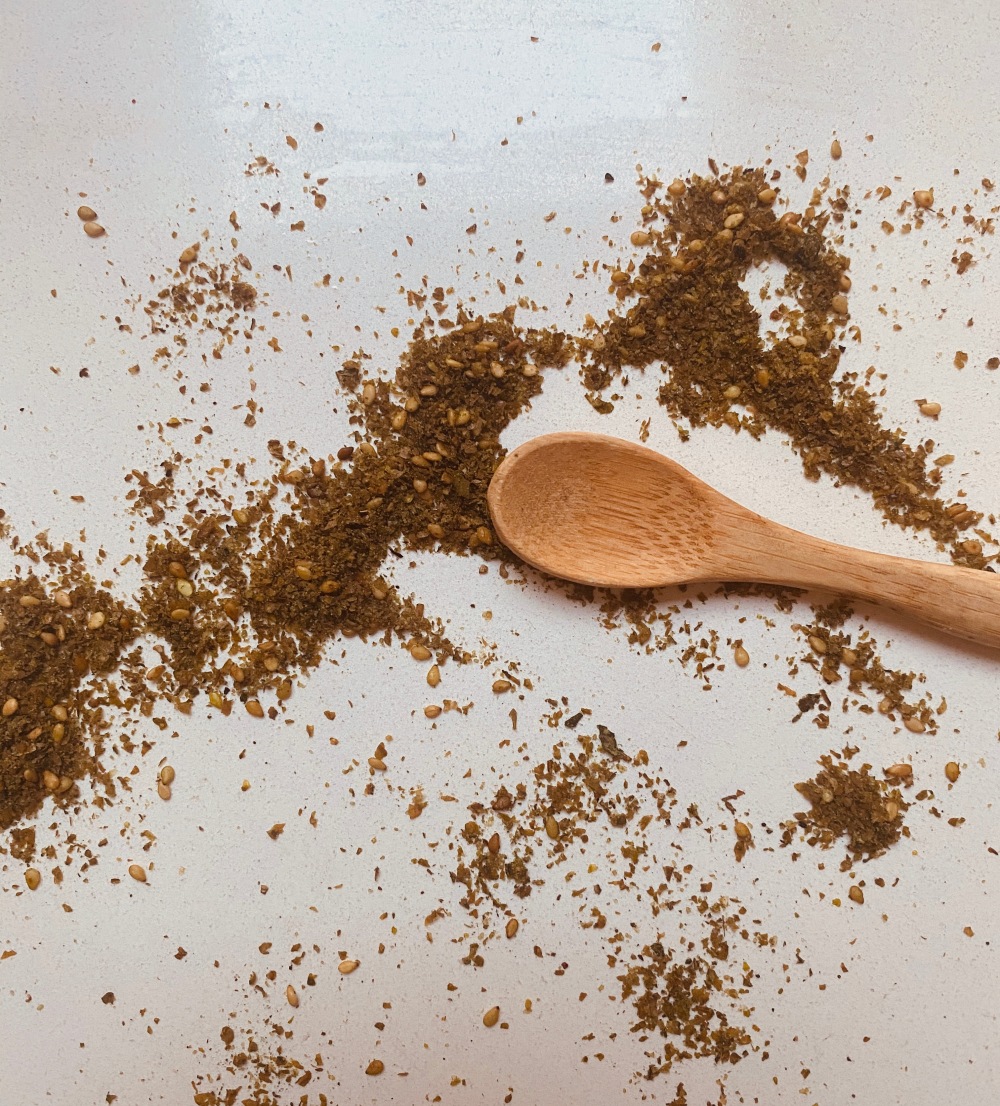 Za’atar: A common spice blend with regional variations in Middle East and Mediterranean countries, it’s comprised of savory dried herbs like oregano, thyme, marjoram, dried sumac, sesame seeds, salt and cumin. Popular for centuries as a condiment for seasoning, its name means literally “wild thyme” in Arabic. I often serve za’atar in a bowl next to olive oil in which my family dips homemade pita or bread.

Tahini: Also known as tahina, this condiment lends itself to many uses including snacks, salads, desserts and even main courses. Made from toasted, ground-hulled sesame, it’s 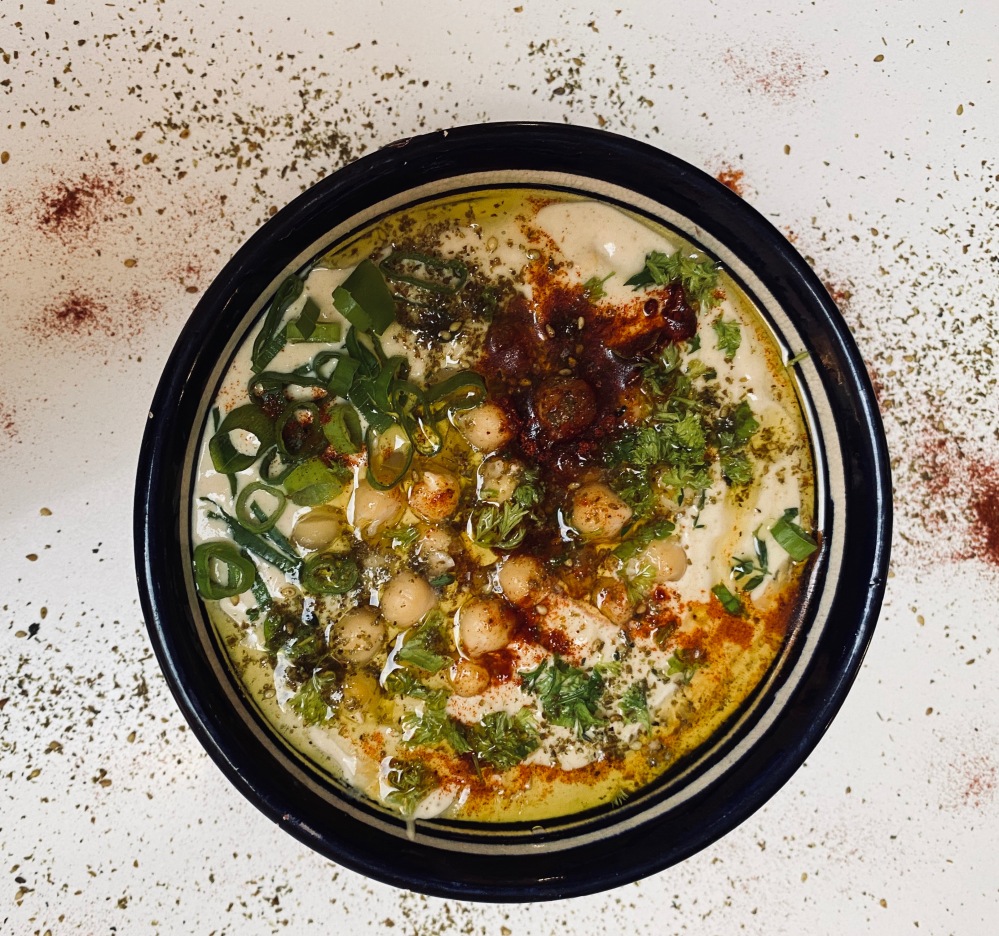 served by itself as a dip or as a main ingredient in hummus, halva and baba ghanoush. One of my best childhood memories is waking up in the morning and having toasted pita on which my mother would spread raw tahini and silan. 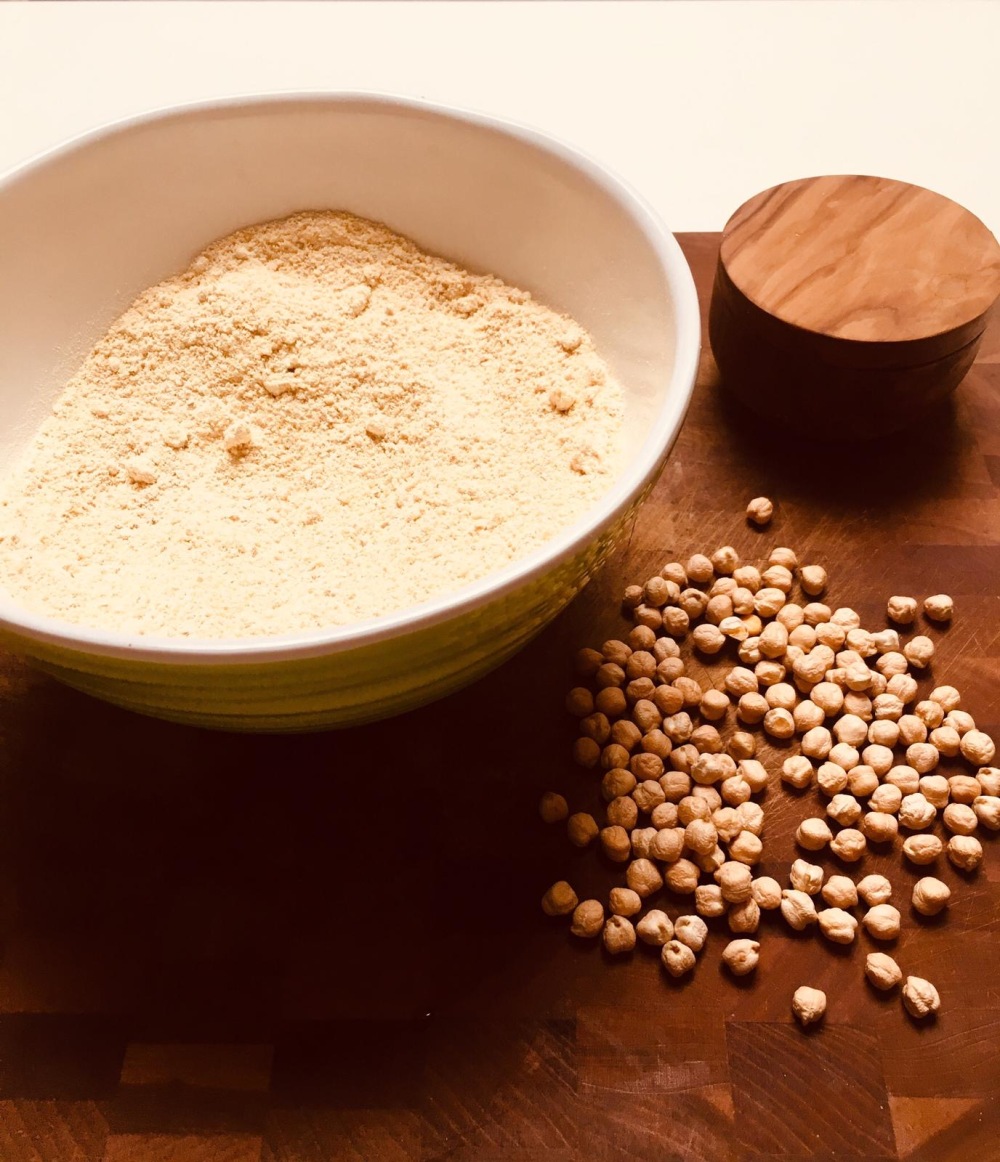 Considered highly nutritional, chickpeas are rich in fiber and protein, and contain important vitamins and minerals, which together help bone, muscle and skin health. I use chickpeas in hummus and my homemade falafel as well as in snacks, salads, soups and slow-cooked stews.

Sumac: With its reddish-purple colour, this tangy spice brightens up everything. Sprinkle it on almost any dish before serving: hummus, fish, stew, tahini, cheese and 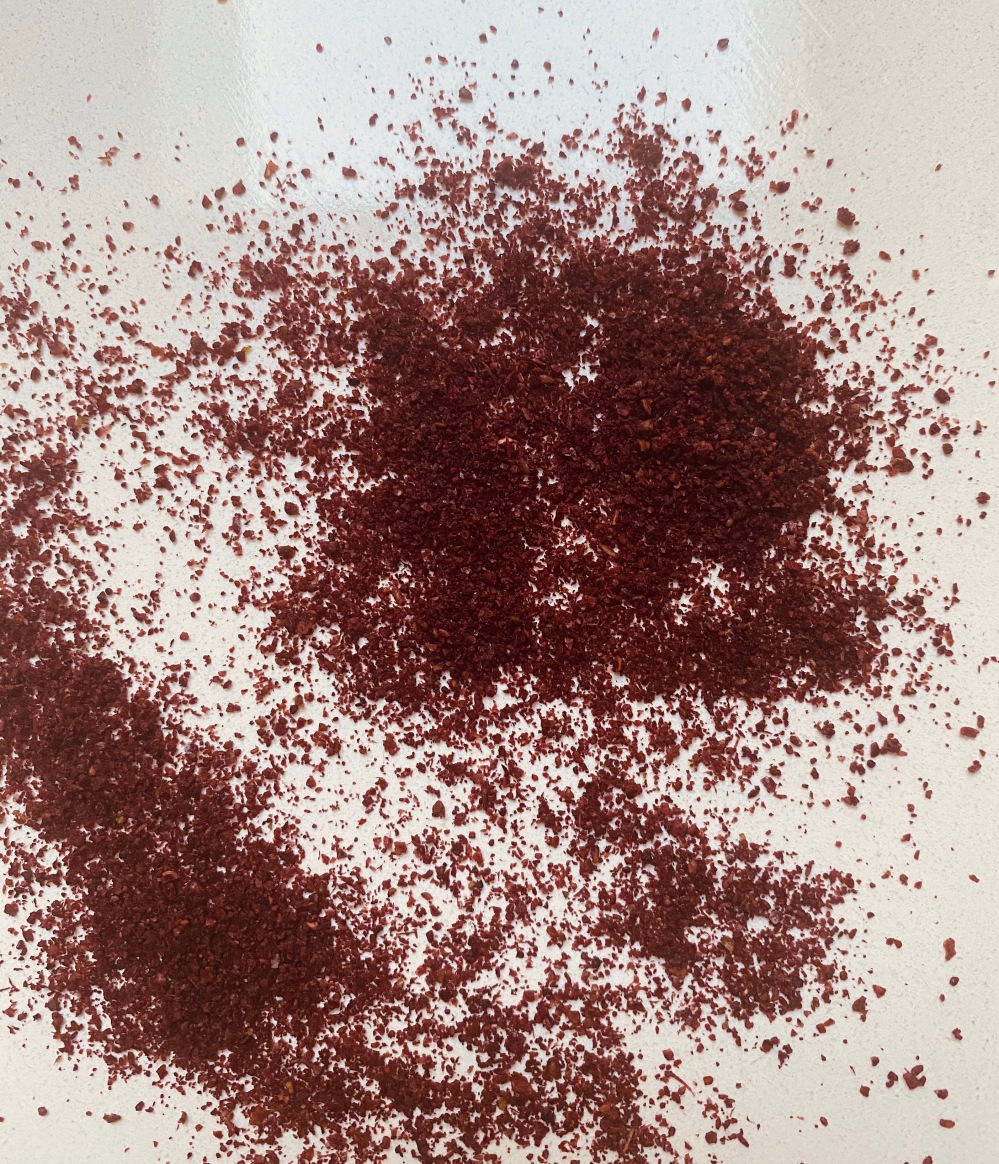 chopped fresh vegetables. Made from berries of the wild sumac flower that are dried and crushed to form a lemony-tasting powder, sumac is packed with antioxidants, giving it health benefits including against heart disease and cancer, while also lowering blood sugar levels.

Red lentils: Described as cousins to beans, chickpeas, soybeans and peanuts, red lentils are easy-to-cook legumes which have a slightly sweet flavour. Ideal for making soups 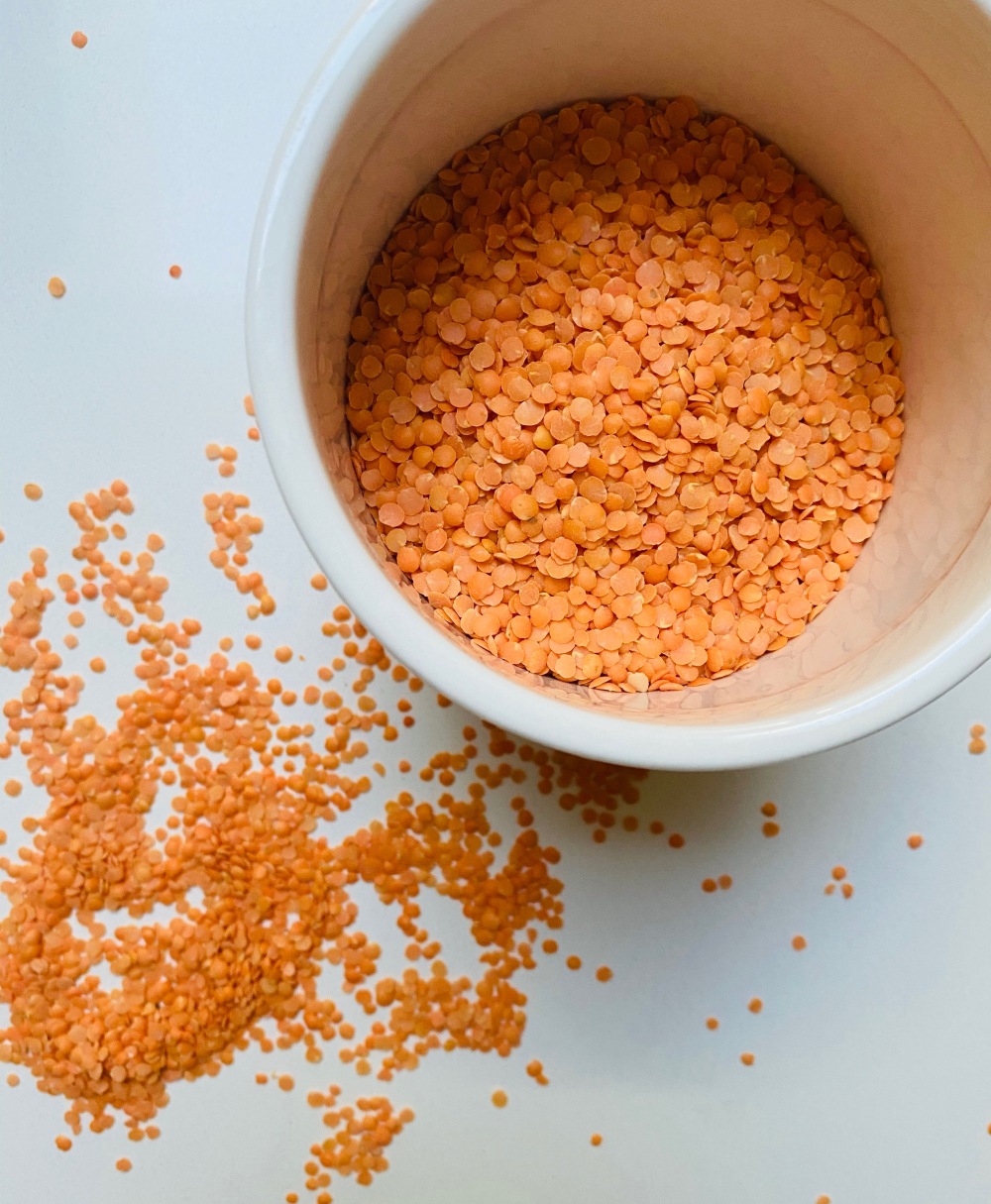 comforting, hearty and healthy, they’re packed with nutritional benefits — low in calories, rich in iron and an excellent source of protein. When I was a child, my mother used to make lentil soup on cold, rainy days; a great tradition I continue with my family.

Pine nuts: I often use pine nuts  on salads, hummus, rice and desserts. You don’t need many as their flavour is so rich, especially when lightly toasted. As their name suggests, these buttery little, ivory-coloured nuts are the edible seeds of pine trees. Growing up in 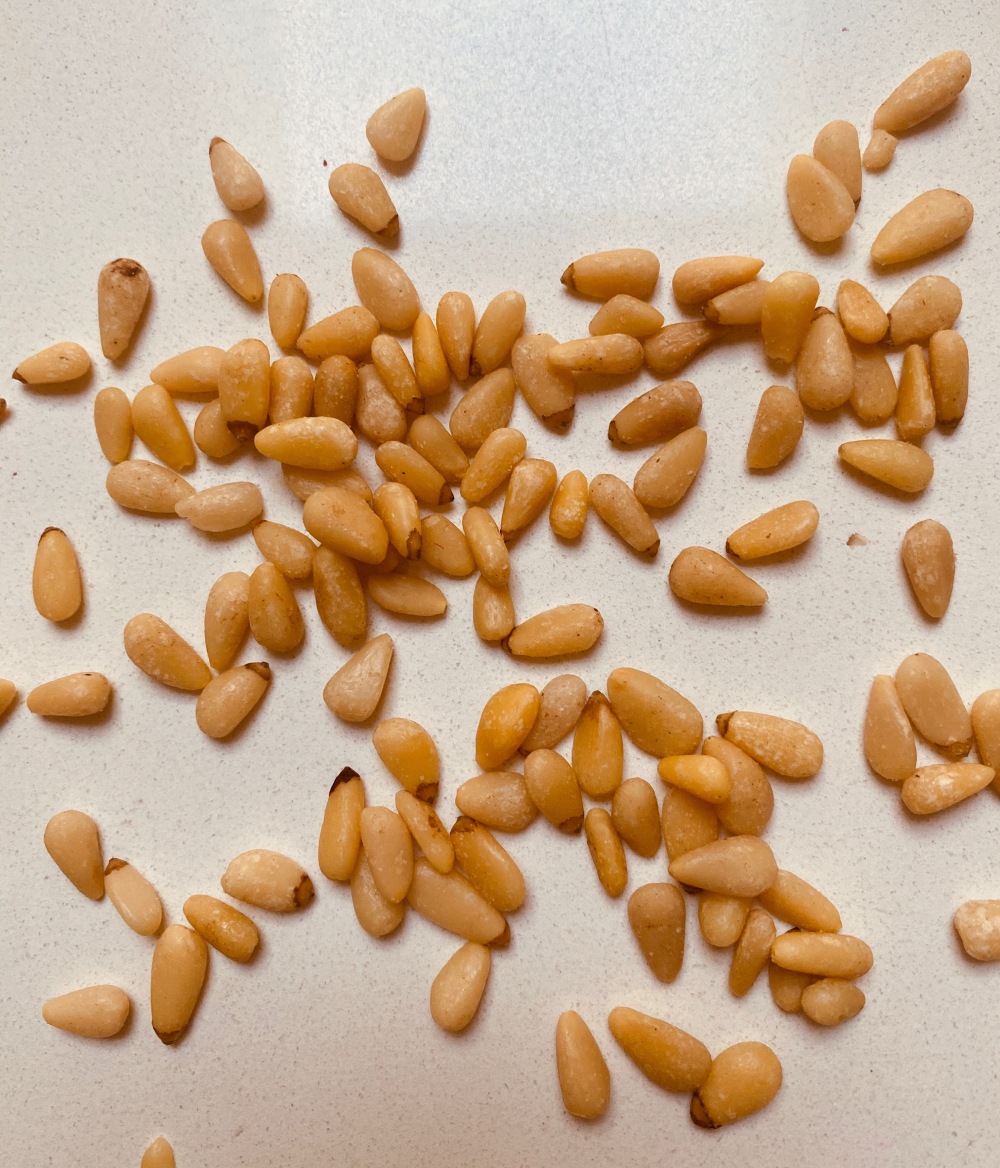 Jerusalem, my father would take my brothers and me to local hills to pick pine cones from which we would take pine nuts for fun and to eat. Pine nuts are costly because they require much time to grow nestled inside pine cones and a labour-intensive process to harvest them. They have the added benefit of reducing the risk of heart disease.

Silan: A natural liquid sweetener, silan is a fruit syrup made from dates, hence its other names: date honey or date syrup. Copper brown in colour, thick in texture, rich in flavour and nutrient dense, silan is popular for breakfast as a spread for toast, in cereal 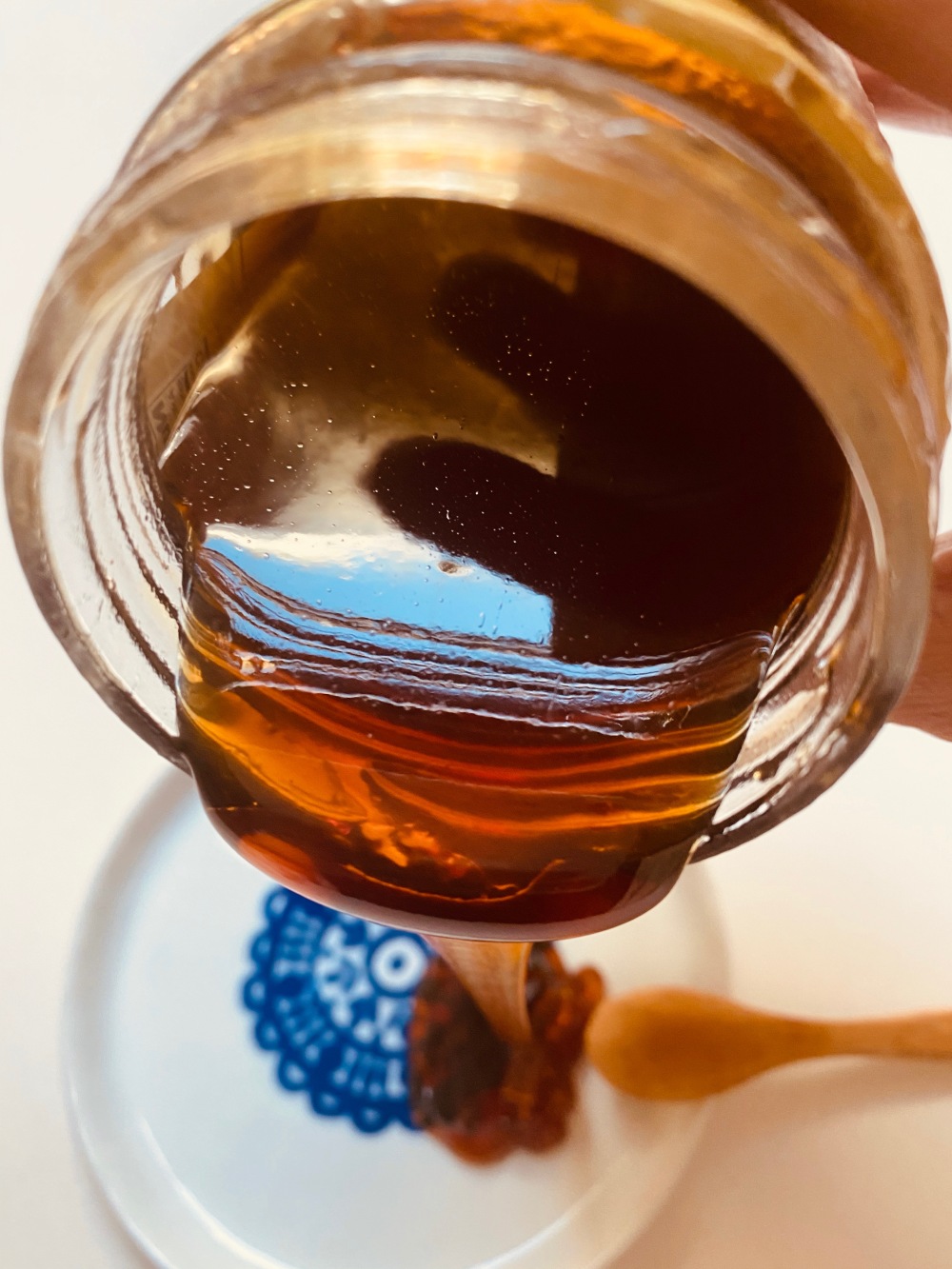 or yogurt or to sweeten drinks. Ideal for those seeking a vegan alternative to honey and looking to bake with less processed sugar, it’s increasingly popular in North America. I also use it for salad dressings and main courses of fish and roasted chicken.

Olive oil: An inseparable part of Middle East and Mediterranean diets, olive oil has pride of place in my panty. It’s a liquid fat derived from olives, the fruit of olive trees that are so plentiful in the Jerusalem region. There are many varieties, the best being extra virgin 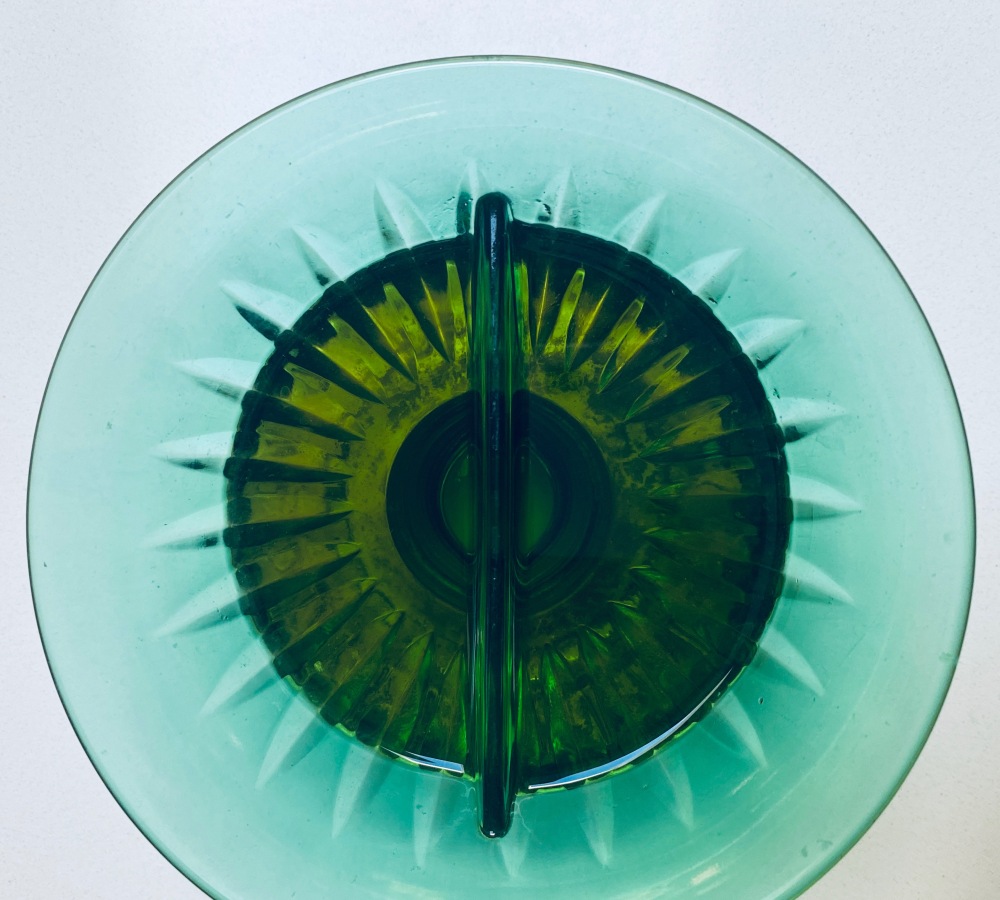 olive oil which undergoes the least processing and has health benefits. Use only that one. With its pleasantly bitter flavour, I use it as a dip for bread and za’atar, for salad dressing and in other recipes. At the store, always select a dark bottle over a clear one as light can cause the oil to go stale.

Smoked paprika: While all paprika spice is made from red peppers that are dried and ground down into a ruby-coloured powder, not all paprika is the same. My favourite is 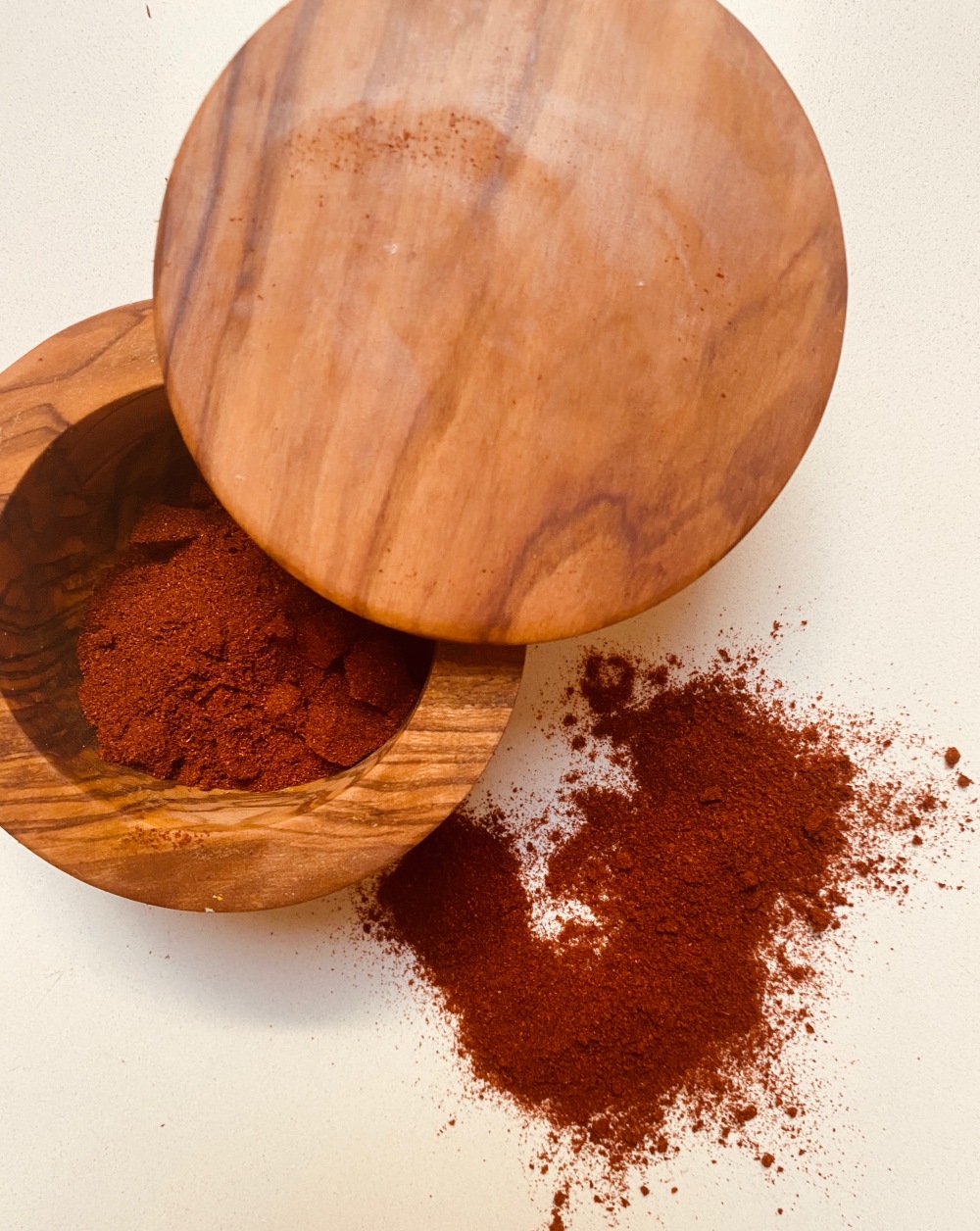 Rosemary: Native to the Mediterranean region, this fragrant, perennial plant has many applications, some of which my late grandmother in Jerusalem put to good use when 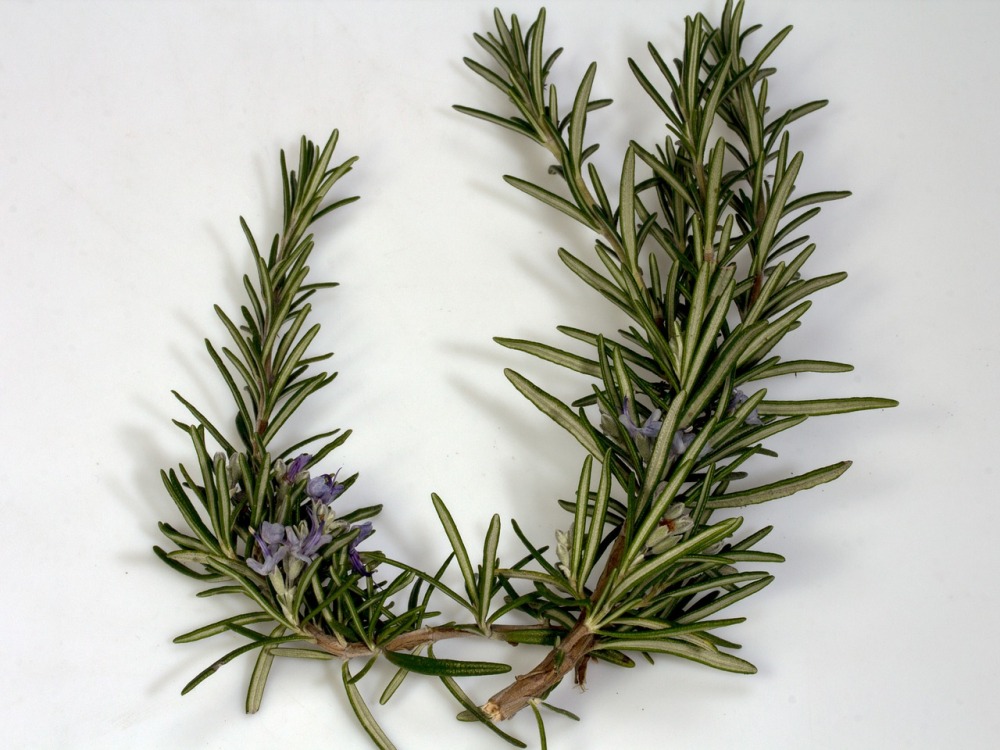 cooking. As an evergreen herb, it’s often used as seasoning for food, especially in traditional Mediterranean cuisine since ancient times. As rosemary’s needle-like leaves are tough and needle-like, I chop them finely when not using whole sprigs, making sure not to leave the stems in dishes as they are hard to digest. A good source of iron, calcium and vitamin B-6, rosemary has been used to treat muscle pain, improve memory and boost the immune and circulatory system. 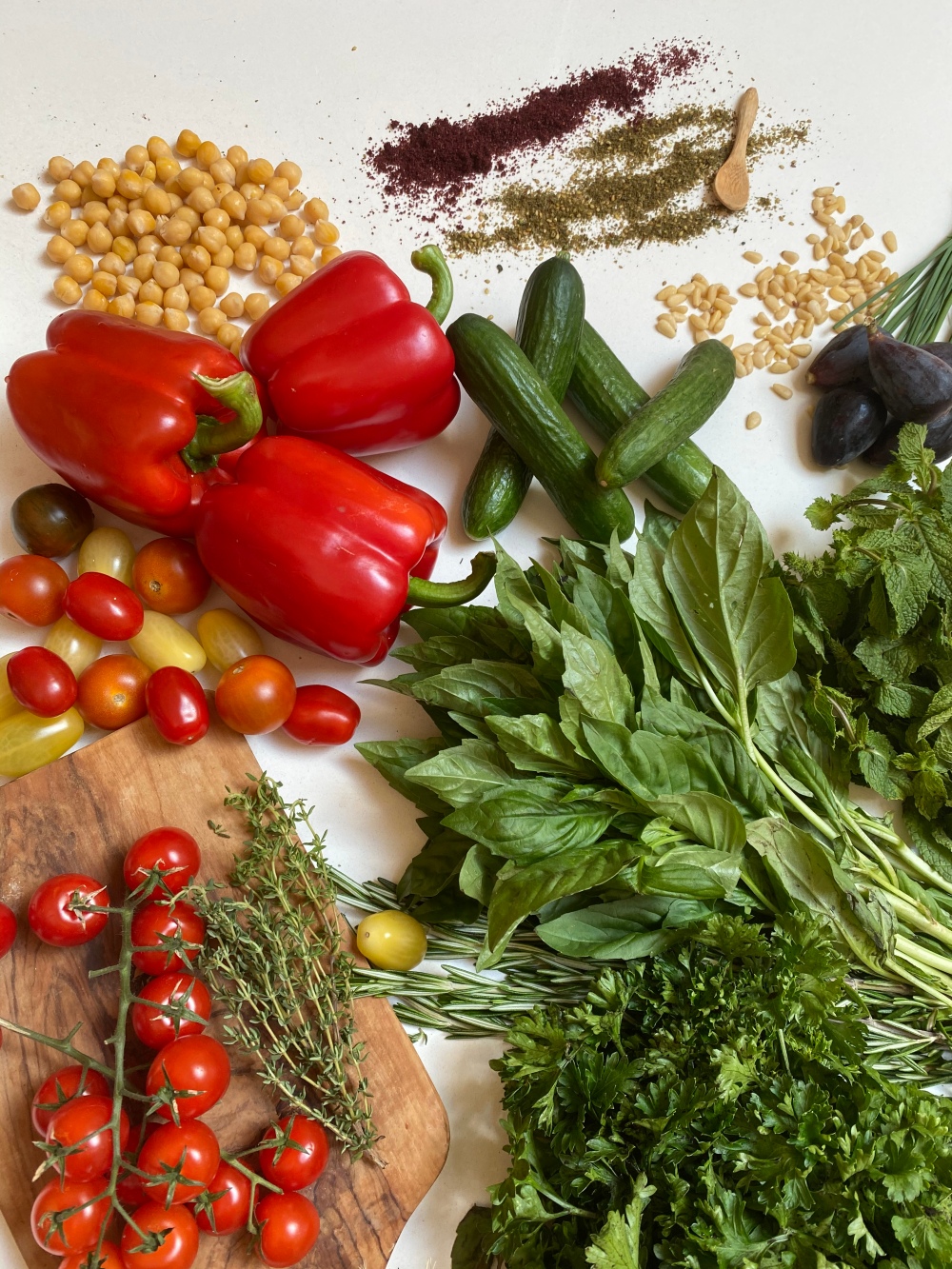