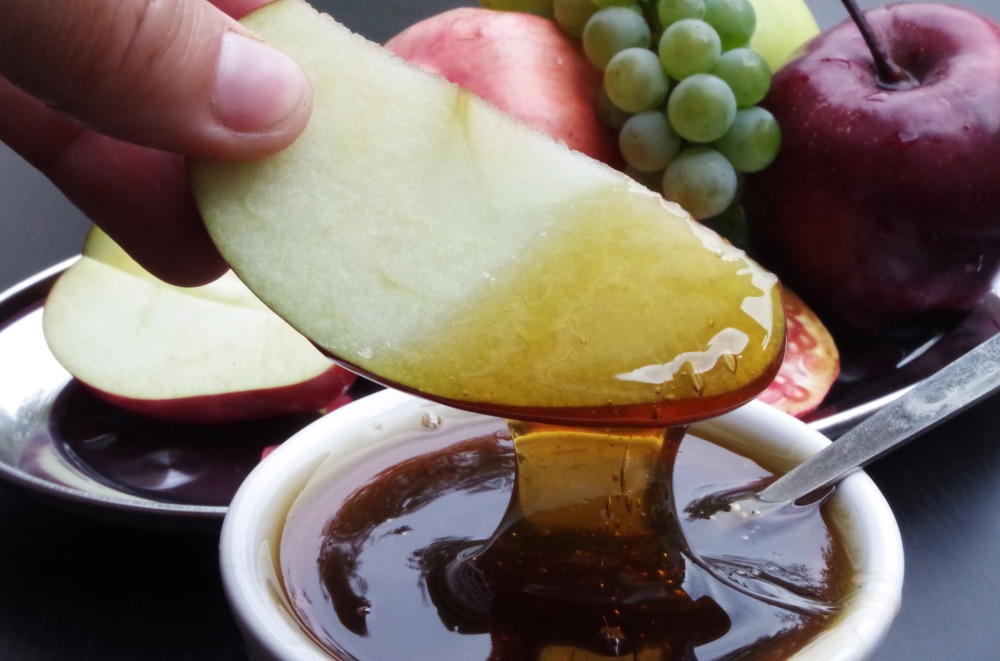 Apples have long had a hallowed place in Jewish tradition, most festively during Rosh Hashanah (the Jewish New Year) when people dip them in honey to symbolize the sweet year they hope is ahead. In Israel and Jewish homes around the world, apples are an inseparable part of this holiday which begins later this week. Likewise, apple cakes have added appeal at this time of year for Israelis and Jews everywhere.

More than most other fruit, apples have a particular significance in Judaism dating back to ancient times. Some scholars describe them as a symbol of the Jewish home and Jewish spirit, and associate them with optimism and hope for a brighter future.

Not surprisingly, apples are a favorite of many Israelis. Our good friend Gila Merkur, a gifted musician who grew up in Israel and spends much of her time in Tel Aviv, loves making apple flan, especially for Rosh Hashanah, and has sent us her recipe.

“For me, apple cake is part of this time of year,” says Gila, who has also spent part of her adult life in Toronto. “Growing up in Tel Aviv, I used to go the market with my mother to buy fish, fruit and vegetables for Rosh Hashanah and also apples for the wonderful apple cake she prepared for our family dinner on Rosh Hashanah.” 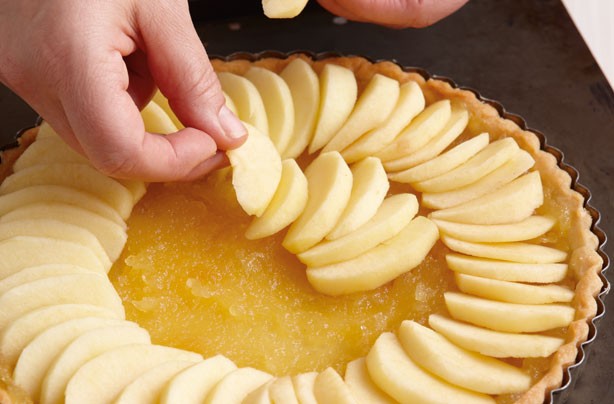 In sharing this recipe with Galya Loves Food, Gila is dedicating it to her mother, Melita.

“She’s such a special woman,” says Gila. “She’s fun, loving, generous and hardworking, although now at age 86 she has slowed down significantly. Her love to her family and friends and her immense kindness to everyone she meets are as strong as ever. She’s my role model and the source of so much inspiration in my life.”

In honor of her mother, Gila recommends the following recipe for Apple Flan that she says is perfect for Rosh Hashana and which we’re glad to include here with our best wishes of Shana Tova u’Metuka (Happy and Sweet New Year) to everyone, Jewish and non-Jewish.

Make sure to spread the batter evenly all over the pan including up to the sides of the pan.

Take 4 large apples, grate them and squeeze out the juice

Mix the grated apples with:

Spread the grated apple mixture evenly on the batter

Mix the apple slices with:

a few drops of lemon juice

Then bake the cake 350F for 25-30 minutes or longer if needed until the apples brown and the crust is ready.

Remove the flan from the oven and while it’s still hot pour the glaze over the flan and let it cool to room temperature.

Heat apricot jam in microwave to get a liquid form

Then brush the apples with the apricot jam.